We need to help Iraq’s Christians, before it’s too late 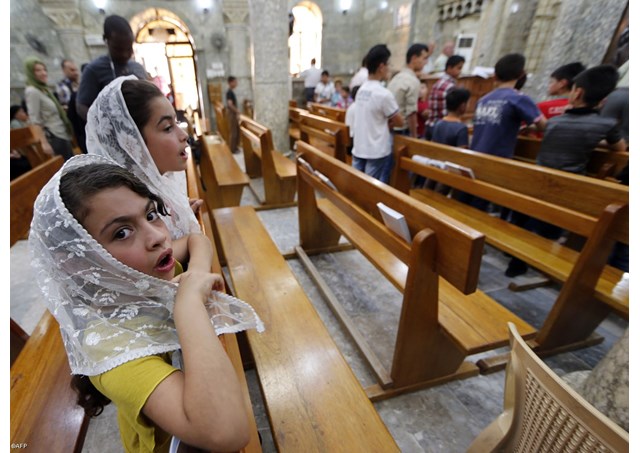 (Vatican Radio) “The situation was already bleak but now it has got a whole deal worse. For the first time the ever, the bishops have raised the doomsday scenario of an Iraq emptied of Christians” reports John Pontifex, spokesman for the UK branch of the global Catholic Aid Agency, Aid to the Church in Need (ACN UK).

ACN has been in close contact with the bishops of Iraq as the struggle to face the onslaught of the ISIS jihadists, and watch their people flee from cities such as Mosul, their churches being torn to the ground and innocent men, women and even children, Christian and Muslim, being savagely killed.

Chaldean Catholic Patriarch Louis Raphael I Sako of Baghdad described how the rate of Christians leaving Iraq was growing and went on to raise the spectre of Christianity in Iraq coming "to an end".

He told ACN "This is very serious. We are losing our community. If Christian life in Iraq comes to an end, this will be a hiatus in our history." The head of the Chaldean Catholic Church, which is in full communion with Rome, said the future of Iraq's Christians is under threat: "In 10 years there will perhaps be 50,000 Christians left."

Those still in the areas taken over by ISIS are being told to pay a  tax for being non-Muslims, but many of them cannot afford to pay it. There were harrowing reports in the last week of a man being forced to watch ISIS militants rape his wife and daughter after the family was unable to pay the tax. He later committed suicide.

Last weekend, two nuns, Miskintah and Utoor Joseph, and three young Christians, Hala Salim, Sarah Khosaba and Aram Sabah went missing on their way back to Mosul after taking orphaned girls to Dohuk for their safety. It is feared they have been abducted by militants.

Last week, UNHCR said 10,000 people had fled from Christian communities in Qaraqosh, near Mosul, with many of them ending up in Erbil with very few possessions. It said some 300,000 Iraqis had arrived in the Kurdistan region from Mosul's Nineveh province.

“Prayer, information and action is the best way we can help these our brothers and sisters in dire need” says John Pontifex. “Pray for them, inform yourselves about what is really happening on the ground and then take action to help these Christians stay in their homeland”.

Aid to the Church in Need gave emergency help of nearly £80,000 (€100,000) to help Christians and others fleeing Mosul which was seized by ISIS on 10 June.  For further information on how to help you can visit www.acnuk.org