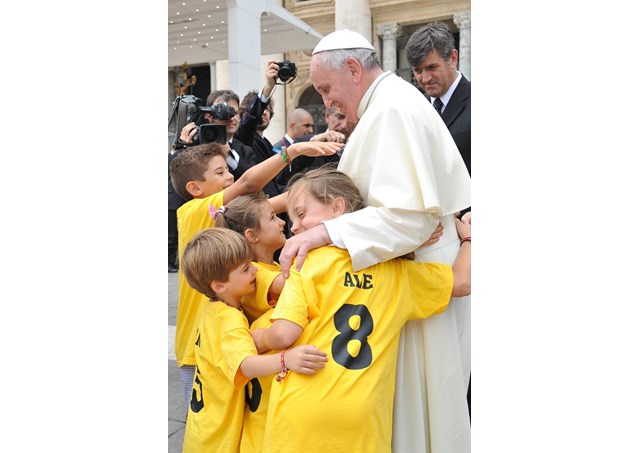 (Vatican Radio)Results of a 2013 survey among Catholics on challenges to the Family were released by the Vatican Thursday in the form of a working document ahead of the upcoming extraordinary Synod of Bishops on the Family.  The Instrumentum Laboris “Pastoral Challenges of the Family in the Context of Evangelization” will be at the heart of the bishops’ reflections over two sessions: the first, in October this year, will engage mostly leaders of national bishops’ conferences.  A second meeting of world bishops will follow in 2015.

In a Vatican Press briefing, Secretary General of the Synod of Bishops, Cardinal Lorenzo Baldisseri, whose office produced the document, reviewed some of the feedback received for the 39 questions examined in the survey.

He said the questionnaire revealed Catholics show scarce familiarity with Church teachings and magisterium regarding marriage and family – suggesting greater emphasis be placed on the preparation of pastoral care workers in different cultural and social contexts.

Other pastoral challenges include crises of faith, inadequate marriage preparation, internal family pressures like addiction to drugs, alcohol and even social networks and external economic, social and cultural factors such as jobs, unemployment, war, poverty, violence, migration and polygamy, which can negatively affect the family.

Unmarried couples, separated and divorced Catholics and their children; unwed mothers and unbelievers or agnostics wishing to be married in the Catholic Church, present further challenges that require openhearted and merciful pastoral care so that people are welcomed and no one is excluded.

Cardinal Baldisseri observed that a need was expressed to simplify and abbreviate marriage annulment procedures. And, compatible with its teaching, the Church is called to examine “solutions” that will help unmarried couples and remarried divorced people who can feel emarginated from the Church, “to lead a serene and reconciled life.”

Regarding so-called same sex unions in the different legislative contexts, Cardinal Baldisseri said the care of the local Church was highlighted, including where children are involved.

An openness to life and the kind of responsible father and mother-hood presented in the encyclical Humanae vitae were examined in the survey.  The Instrumentum Laboris found “many responses recommend that for many Catholics the concept of ‘responsible parenthood’ encompasses the shared responsibility in conscience to choose the most appropriate method of birth control, according to a set of criteria ranging from effectiveness to physical tolerance and passing to a real ability to be practiced.”

It also emerged that parents have trouble transmitting the faith to their children, particularly when faced with difficult family situations, and require greater pastoral support.

The results of this October’s extraordinary Synod will be used to prepare the Instrumentum Laboris for the successive Ordinary Synod in October 2015 whose theme Cardinal Baldisseri announced, will be “Jesus Christ reveals the Mystery and Vocation of the Family.”