Pope: No to recreational and substitute drugs in combatting addiction 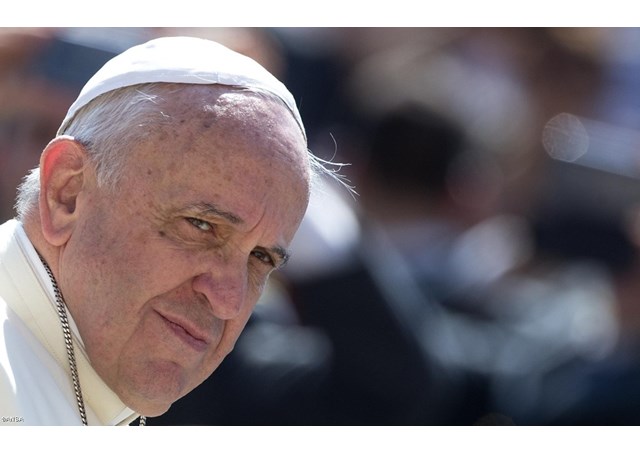 (Vatican Radio) Pope Francis has expressed his “grief and concern” over the international  “scourge of drug use” that puts increasing numbers of young people at risk.  Addressing heads of world anti-drug agencies at the conclusion of the 31st International Drug Enforcement Conference in Rome, the Pope called drug addiction “an evil” which itself cannot be healed with drugs.

“With evil, there can be no yielding or compromise,” said the Pope, condemning attempts to legalize so-called “recreational drugs.”  “To think that harm can be reduced by permitting drug addicts to use narcotics,” he said, “in no way resolves the problem.”  Substitute drugs, he affirmed, “are not an adequate therapy but rather a veiled means of surrendering to the problem…no to every type of drug use!”

He deplored the commerce “which transcends national and continental borders,” leading to the “inexorable” spread of drug use and applauded the work of anti-drug agencies to stop it.  The Pope encouraged them to effectively coordinate anti-narcotics policies and strategies aimed at fighting the drug trade.

To say “no” to drugs, Pope Francis pointed out, one has to say “yes” to life, love, others, education and greater job opportunities.  “If we say ‘yes’ to all these things,” he said, “there will be no room for illicit drugs, for alcohol abuse, for other forms of addiction.”

The Pope added the Church, through “creative love” and its workers and volunteers, goes out to meet those who have fallen into the trap of addiction, and helps them to rediscover their dignity and …inner strengths… that drug use had buried but can never obliterate.”

Below, we publish the English translation of Pope Francis’ remarks to participants of the International Drug Enforcement Conference:

I am pleased to greet you at the conclusion of this International Drug Enforcement Conference. I thank you for your visit and I express my appreciation for your work in combating this most serious and complex problem of our time. It is my hope that these days in Rome will prove profitable for your future efforts. In particular, I trust that you will accomplish the goals which you have set for yourselves: a more effective coordination of anti-narcotics policies, better sharing of relevant information and the development of an operative strategy aimed at fighting the drug trade.

The scourge of drug use continues to spread inexorably, fed by a deplorable commerce which transcends national and continental borders. As a result, the lives of more and more young people and adolescents are in danger. Faced with this reality, I can only manifest my grief and concern.

Let me state this in the clearest terms possible: the problem of drug use is not solved with drugs! Drug addiction is an evil, and with evil there can be no yielding or compromise. To think that harm can be reduced by permitting drug addicts to use narcotics in no way resolves the problem. Attempts, however limited, to legalize so-called “recreational drugs”, are not only highly questionable from a legislative standpoint, but they fail to produce the desired effects. Substitute drugs are not an adequate therapy but rather a veiled means of surrendering to the phenomenon. Here I would reaffirm what I have stated on another occasion: No to every type of drug use. It is as simple as that. No to any kind of drug use (cf. General Audience, 7 May 2014). But to say this “no”, one has to say “yes” to life, “yes” to love, “yes” to others, “yes” to education, “yes” to greater job opportunities. If we say “yes” to all these things, there will be no room for illicit drugs, for alcohol abuse, for other forms of addiction.

The Church, in fidelity to Jesus’ command to go out to all those places where people suffer, thirst, hunger and are imprisoned (cf. Mt 25:31-46), does not abandon those who have fallen into the trap of drug addiction, but goes out to meet them with creative love. She takes them by the hand, thanks to the efforts of countless workers and volunteers, and helps them to rediscover their dignity and to revive those inner strengths, those personal talents, which drug use had buried but can never obliterate, since every man and woman is created in the image and likeness of God (cf. Gen 1:26).

The example of all those young people who are striving to overcome drug dependency and to rebuild their lives can serve as a powerful incentive for all of us to look with confidence to the future.

Ladies and Gentlemen, I encourage you to carry on your work with constantly renewed hope. To you and your associates I impart my blessing.