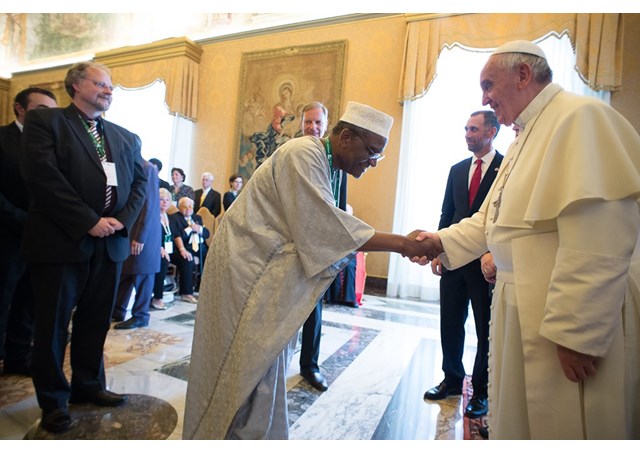 (Vatican Radio) Pope Francis received the participants in an international conference exploring the theme: “International Religious Liberty and the Global Clash of Values. The Centers for Law and Religion and for International and Comparative Law at St. John's University and the Department of Law at the Libera Università Maria SS. Assunta (LUMSA)  are co-sponsors of the 2-day conference, which opened in Rome on Friday.

In remarks prepared for the occasion and delivered at the special audience, Pope Francis said that, despite the numerous expressions in favor of religious liberty, religious harassment, oppression and even persecution continue around the world, and are even on the increase, especially against Christians.

“It gives me great pain,” said Pope Francis, “to see that Christians around the world suffer the [lion’s share] of such discrimination.” The Holy Father went on to say, “The persecution of Christians today is even more virulent than in the first centuries of the Church, and there are more Christian martyrs today than in that era.”

The Holy Father’s remarks concluded with an expression of hope that the participants’ meeting, “might illustrate, with eminent scientific rigor and depth, the reasons that oblige every legal authority to respect and defend religious freedom.”