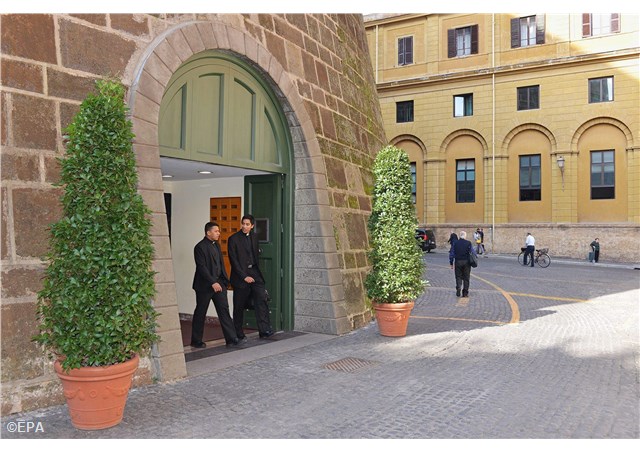 (Vatican Radio) The financial intelligence authority of the Holy See and Vatican City State (AIF) has signed memoranda of understanding with six countries, including the United Kingdom and France. THe agreements were signed during the course of a meeting of the Egmont Group - an informal international network of financial intelligence units - in Perù. Below, please find the full text of the statment from the Vatican on the signing of the memoranda.

L'Autorità Informazione Finanziaria (AIF), the Financial Intelligence Unit of the Holy See and Vatican City State, has formalized its bilateral cooperation with the U.K., France and four other countries with Memoranda of Understanding signed during the Plenary Meeting of the Egmont Group held in Peru.

The Memoranda were signed with the Financial Intelligence Units of the U.K., France, Malta, Romania, Poland and Peru by the Director of AIF, Rene Bruelhart.

A Memorandum of Understanding (MOU) is standard practice and formalizes the cooperation and exchange of financial information to fight money laundering and combat terrorist financing across borders between the competent authorities of both countries. It is based on the model Memorandum of Understanding prepared by the Egmont Group, the global organization of national Financial Intelligence Units, and contains clauses on reciprocity, permitted uses of information and confidentiality.

"Becoming a member of the Egmont Group last year was a major step toward strengthening the international cooperation of the Holy See and supporting the global efforts to fight Money Laundering and the Financing of Terrorism," said Bruelhart. "The signing of these latest MOUs shows that we are continuously expanding our network of cooperation, and will further facilitate our joint efforts."

AIF became a member of the Egmont Group in July of 2013, and has already signed MOUs with the Financial Intelligence Units of Australia, Belgium, Cyprus, Germany, Italy, the Netherlands, Slovenia, Spain and the United States.

AIF is the competent authority of the Holy See/Vatican City State to fight money laundering and the financing of terrorism. It was established in 2010.