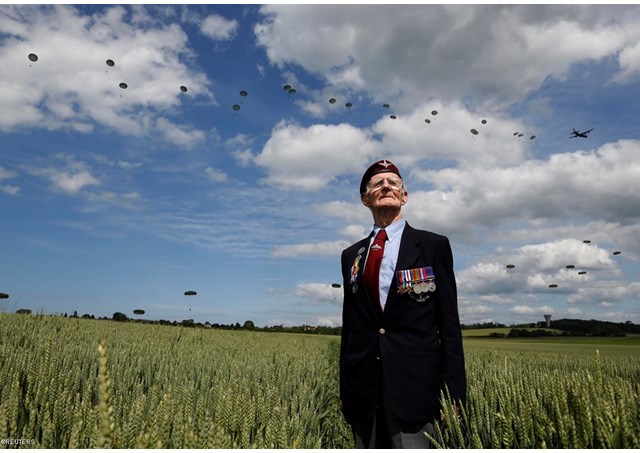 (Vatican Radio) Pope Francis says the 70th Anniversary of the D-Day landings is an opportunity for present generations to show gratitude for the “heavy sacrifice” of soldiers who landed on the beaches of Normandy to fight against “Nazi barbarism” and free occupied France during World War II.

He also states that it should serve as a reminder that excluding God from the lives of people and societies can bring nothing but death and suffering and he calls on the people of Europe to find their roots and future hopes in the Gospel of Christ.

The Holy Father’s words are contained in a message signed by his Secretary of State , Cardinal Pietro Parolin, to the Catholic Church in France on the occasion of a prayer service for the seventieth anniversary of World War II’s Normandy landings.

In the message, Pope Francis pays tribute to these soldiers.  He also writes that he does not forget the German soldiers dragged into this drama, like all victims of war. As many as 9,000 Germans are also estimated to have lost their lives.

Pope Francis states that present generations should express their full gratitude to all those who made such a heavy sacrifice. He also writes that by educating future generations to respect all men and women created in the image of God and passing down memories to them, it is possible to hope for a better future.

The Pope stresses that commemorations such as these remind us that excluding God from the lives of people and societies can bring nothing but death and suffering and European nations can find in the Gospel of Christ, the Prince of peace, the root of their history and a source of inspiration for establishing ever more fraternal relations and solidarity.

In conclusion, the Pope entrusts to the path of peace to the protection of St. Teresa Benedicta of the Cross - co-patron of Europe - and the Virgin Mary.