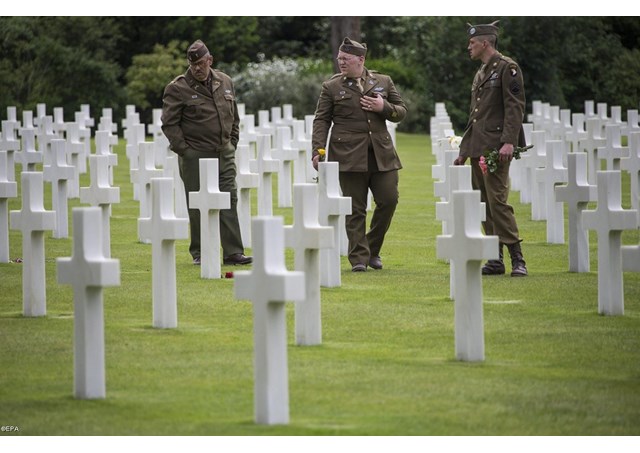 (Vatican Radio)  The D-Day landing which took place 70 years ago on the shores of northern France was the largest sea-borne invasion ever mounted. Tens of thousands of men were killed on D-Day on June 6th, 1944 and the months of fighting afterwards.  A Catholic army chaplain for 25 years, Father Martin Caddell from Liverpool has visited many times the site of the D-Day landings and the cemeteries there and also has met veterans who took part in the landings. He talked to Susy Hodges about  the “phenomenal courage” of those 150,000 soldiers from the Allied nations  who took part in the Normandy landings. He also spoke about how for veterans the emotions triggered by revisiting the site of the landings and the graves of the dead are still felt very strongly despite the many decades that have passed since then. For them, he adds, “it’s like a pilgrimage in many ways.”

Father Caddell describes war “as the last resort” and says “it should never be gloried in.” At the same time, he says the irony is that in “those dreadful situations,” the courage of individual men and women shines through.

Listen to the full interview with Father Martin Caddell: