Vatican to renew its Pastoral Care of Gypsies 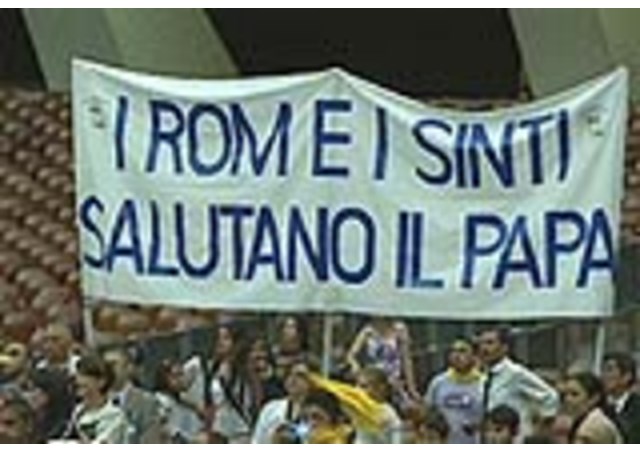 (Vatican Radio) A world meeting to examine and improve the pastoral care of gypsies will take place in the Vatican from 5th to 9th June.

Organized by the Pontifical Council for the Pastoral Care of Migrants and Itinerant People, the meeting gathers Episcopal Promoters and National Directors of the Pastoral Care of Gypsies. The title of the event is “The Church and Gypsies: to Announce the Gospel in the Peripheries”. Participants include 8 Episcopal Promoters, 16 National Directors and 22 experts (pastoral operators and consultants).

On the first day of the meeting the participants will be received in audience by Pope Francis,

AIMS OF THE MEETING

Organizers say the meeting proposes to focus on two objectives: to re-examine the Church’s pastoral commitment towards Gypsies keeping in account the current social situation that demands a series of renewed pastoral strategies; to prepare for the 50th anniversary of Pope Paul VIth’s visit to Pomezia (27 September 1965) on the occasion of the international pilgrimage of Gypsies. That visit in fact marked an important opening of the Church towards the community.

In a press release, the Council points out that in a changing social context, the pastoral care of Gypsies must be renewed so it is able to meet such challenges in the light of the Gospel and of  ecclesial Magisterium.

It will also be an occasion to reflect on the indications Pope Francis has offered in his Apostolic Exhortation, Evangelii Gaudium, regarding evangelization in the world today.

THE PASTORAL MINISTRY FOR GYPSIES

A specific Pastoral Ministry for Gypsies is well established in 24 different countries across the world.  In particular  in Europe, United States, Brazil, Argentina, India and Bangladesh where many Christian communities are enriched by ethnic gypsy consecrated lay people, priests, deacons and religious.

A particularly significant moment was Pope Benedict XVIth’s audience on June 11, 2011 that saw the participation of over 2000 representatives of diverse gypsy ethnic groups, gathered for the first time in the Vatican.

An important element that will be taken into consideration is the growing number of consecrated gypsies in the world. Today there are about 170 of them.

Gypsies so far have one Blessed – he is Zefferino Giménez Malla – proclaimed “Martyr of the Rosary” by Pope Benedict XVI. The beatification process for two other gypsies (Emilia and Juan Ramon) is currently underway.

PROGRAMME OF THE MEETING

The two-day meeting foresees a Eucharistic celebration, the participation and the discourses of Cardinal Antonio Maria Vegliò and of Bishop Joseph Kalathiparambil, President and Secretary of the Pontifical Council for the Pastoral Care of Migrants and Itinerant People, and then a series of sessions dedicated to different aspects of the issue as well as the testimony of Father Mario Riboldi who was present during Pope Paul VIth’s meeting with Gypsies in Pomezia in 1965.

There are some 36 million Gypsies in the world today located mostly in Europe, the Americas and in some Asian countries. 18 million of them are estimated to be living in India, the land of origin of this population. Bangladesh counts over 500 thousand Sea Gypsies. In the United States there are almost 1 million Gypsies; in Brazil over 900 thousand.
Official figures provided by the Council of Europe estimate between 10 and 12 million Gypsies living in Europe, most of them in Eastern countries.