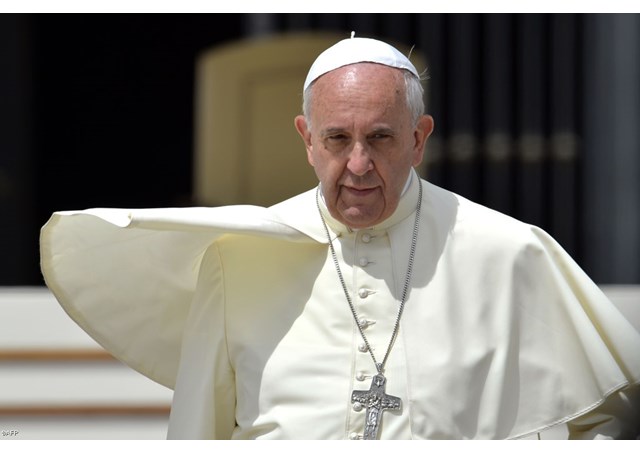 (Vatican Radio) At the heart of Pope Francis’ address at his weekly General Audience on Wednesday was his recent visit to the Holy Land.

The faithful gathered on a warm day in St Peter’s Square, listened as the Pope told them that this journey was great grace for him and for the whole Church.

The Holy Father recalled this trip as one that commemorated the fiftieth anniversary of the meeting of Pope Paul VI and Ecumenical Patriarch Athenagoras, and which marked a milestone along the path to Christian unity.

Pope Francis during his address also underlined the fact that this visit was also meant to encourage the efforts of those who work for peace in the Middle East and those who care for the many people, especially refugees and children, suffering the effects of war and violence.  Then speaking to those gathered in the Square, the Holy Father said, “As you know, I have invited the Presidents of Israel and Palestine to join me in praying for peace,”  but I also ask all of you to pray hard for peace in this blessed land. I am counting on your prayers.

Turning his attention to the Christian communities in the Holy Land, Pope Francis said he wished to confirm in faith these communities, to acknowledge their difficulties and to support their charitable and educational works.

The Pope explained that with this pilgrimage, he wanted to bring a message of hope, but he went on to say that is also what he received from the people who continue to hope amidst much suffering.

Finally, the Holy Father had words of the greeting the International Catholic Migration Commission meeting in plenary session, and the Catholic Police Guild of England and Wales on the centenary of its foundation as well as English speaking pilgrims who had come from countries including Israel, the Philippines, Indonesia, Australia, and South Africa. Listen to Lydia O’Kane’s report